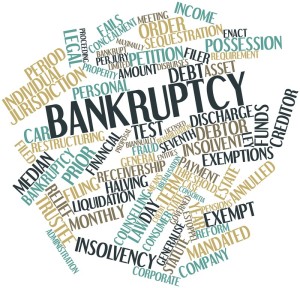 How does bankruptcy affect support?

For purposes of child and spousal support, generally speaking bankruptcy solves more problems than it creates, especially for the support recipient, but also for the payor considering it. It doesn’t affect the support obligation and may make it easier for the payor to make the payments. Whether you’re the payor or  the recipient, and whether you’re the one thinking about bankruptcy or not, understanding what happens when one party goes bankrupt, and how a bankruptcy affects support payments, is something both parties need to know.

What is a Bankruptcy, or a Consumer proposal?

When you owe more than you own you’re insolvent and if you can’t keep covering your expenses or pay off your debts you can either declare bankruptcy or make a consumer proposal to get out from under that debt. Sometimes, if you hold off doing it yourself, your creditors can force you into bankruptcy, but if you’re smart, you’ll consider doing it yourself first. (A consumer proposal is a sort of “pre-bankruptcy” move in which you set out a plan for your creditors to accept part of what you owe and forget about the rest, and if they don’t agree, then you automatically end up bankrupt.) We’ll use the term bankruptcy to cover both situations.

What happens when you declare bankruptcy?

Essentially when you declare bankruptcy a Trustee in Bankruptcy, who works for your creditors, takes over ownership of your assets and divides them up amongst the people to whom you owe money. They end up getting a fraction of what’s owed, or possibly nothing. But that clears off the debt and it’s no longer owing once you’re discharged, or finished with the process. Most people think this wipes out all of your debts and obligations. It doesn’t.

The Trustee also sets out a living budget of basic expenses you need in order to live, and takes the rest of your income to use to pay off the debts. If your income barely covers those expenses, there’s not much for the Trustee to take.

If you owe support, the Trustee counts that as part of your non-discretionary expenses to be sure it continues to be paid before any money goes to your creditors.

Bankruptcy deals with your debts by using whatever assts you have to wipe them out, even though your assets won’t cover all of what you owe. It doesn’t affect your income unless you work for yourself or it’s your own company that becomes bankrupt. So for most people they end up with the same income but less debt payments to make.

The problem with this is that now the bankrupt needs to live within his means. Banks and credit card companies won’t extend  credit for some years. So it becomes difficult to find ways to spend money you don’t have.

Here’s the good news for support recipients, and for most support payors: a bankruptcy doesn’t wipe out any child or spousal support obligations. The payor who declares bankruptcy can now make the support payments  without debt collectors hounding them at all hours of the day and night, and have more money left over because they’re no longer making payments for loans or credit cards.

Support payments continue until changed by a separate court order. And arrears continue to accumulate if the full payment isn’t made, even during the bankruptcy process. And the arrears earn interest.

Often family law lawyers meet with clients receiving support who tell them that the payor is in arrears, owes all sorts of money, and has threatened to go bankrupt if the person receiving support doesn’t agree to a reduction. It sounds serious. After all, the payor has so many debts to pay off that he (usually the payor is the husband or father) can’t afford to keep everything afloat and make the support payments as well. The line is something like “Cooperate by taking less support or I’ll go bankrupt and then where will you be?”

That’s nonsense. If the payor does declare bankruptcy then his financial difficulties are reduced and he has less to pay out under with the same income as before. He may lose some assets, if he has any, but his cash flow will improve. So the best answer, generally, is “Good. Go bankrupt.”

It’s just that many people, not all, don’t like the idea of declaring bankruptcy, so they try to get the person they can bully to agree to take less so they can use that money to pay their credit card and continue to live begone their means. They want the people to whom they owe support to sacrifice to allow them to continue to spend more money than they have. Or they may have a car or a house that they’ll lose, even though they can’t afford to keep them. The odds are that the support recipient will be better off if the payor declares bankruptcy and has to adjust his lifestyle to live within his means.

What happens once bankruptcy is declared?

Once bankruptcy has been declared there’re no longer creditors bothering the payor, and all of a sudden his Trustee in Bankruptcy is arranging to deal with the debts. Apart from certain living expenses and the money to pay support, the bankrupt’s income goes to the Trustee. Whatever is left over, plus whatever assets the bankrupt may have, is divided up amongst those who are owed money. But the amount owing for support is excluded from what goes to the creditors and is available to the recipient before the creditors get it. So the payor will no longer be paying off people chasing him for debts before paying support.

By telling the Trustee about his support obligations, the Trustee counts that as part of the bankrupt’s non-discretionary expense, which includes a certain household living budget. In a consumer proposal the support obligation is considered as a reduction of net income, so only what’s left over after it’s paid is counted towards paying off the other debts. If the bankrupt can’t afford to pay off everyone – that’s why he went bankrupt in the first place – the support recipient doesn’t take a cut. Everyone else does. So declaring bankruptcy helps the recipient.

Tell the Trustee about support arrears

Remember – any part of support arrears still unpaid isn’t wiped out by the bankruptcy. It’s still collectable once the payor is discharged from bankruptcy.

By making the claim for support arrears in the payor’s bankruptcy proceedings, you make it easier on the payor once he’s out of bankruptcy, because at least part of the arrears will have been paid off. He still owes whatever hasn’t been paid unless he gets a separate court order. And, of course, by making the claim you’ll get part of whatever money is going to the other creditors. It’s win/win.

If, at the end of the separation, either by agreement or court order, money is owed to you for an equalization payment and hasn’t been paid by the time the payor goes bankrupt, then the balance outstanding is just one of the payor’s unsecured debts. It will be paid only after the secured debts have been paid and then whatever money is available will be shared rateably with all of the other unsecured creditors. ifn you’re owed anything, you’re not likely to get much of it paid to you.

There are judges who have increased the amount of support the payor pays to help a recipient out if they’ve lost equalization money, but that’s not a guaranteed thing.

Bankruptcy is a complicated thing and there are lawyers who specialize in only that. There may be situations where the recipient could be hurt by a bankruptcy. Perhaps property was transferred into her name to avoid creditors, and the Trustee wants it back. Perhaps the bankruptcy might affect the income of the payor, so trying to avoid it might be a good idea. Perhaps the bankrupt owns half of the home in which the recipient is living and the Trustee will want to sell that interest.

In these cases, and any other where they may be any question, it’s smart for each the payor and the recipient to get independent legal advice to see if there is a way to arrange things to cause the least amount of damage to the family.

We apologize but we are at capacity right now and will be taking new clients September 30th.